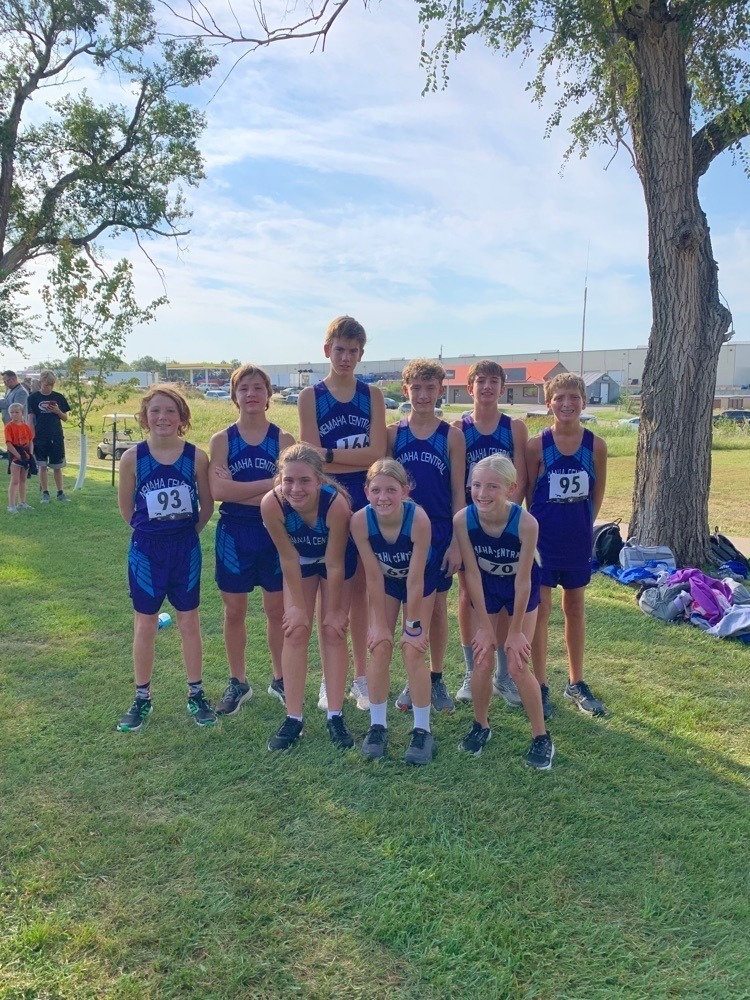 The Nemaha Central Middle School Cross Country Team met at the Marysville Country Club on Saturday, September 3, to run their first race of the cross country season. Two seventh graders and seven eighth graders attended the first meet of the season.  The team is coached by Jon Thomas. There were 11 teams at the first meet.

Brady Koch said, “It was a good first meet. I think we did really well as a team, and I can’t wait for the next meet.”

Great job runners, and good luck for the rest of the season.