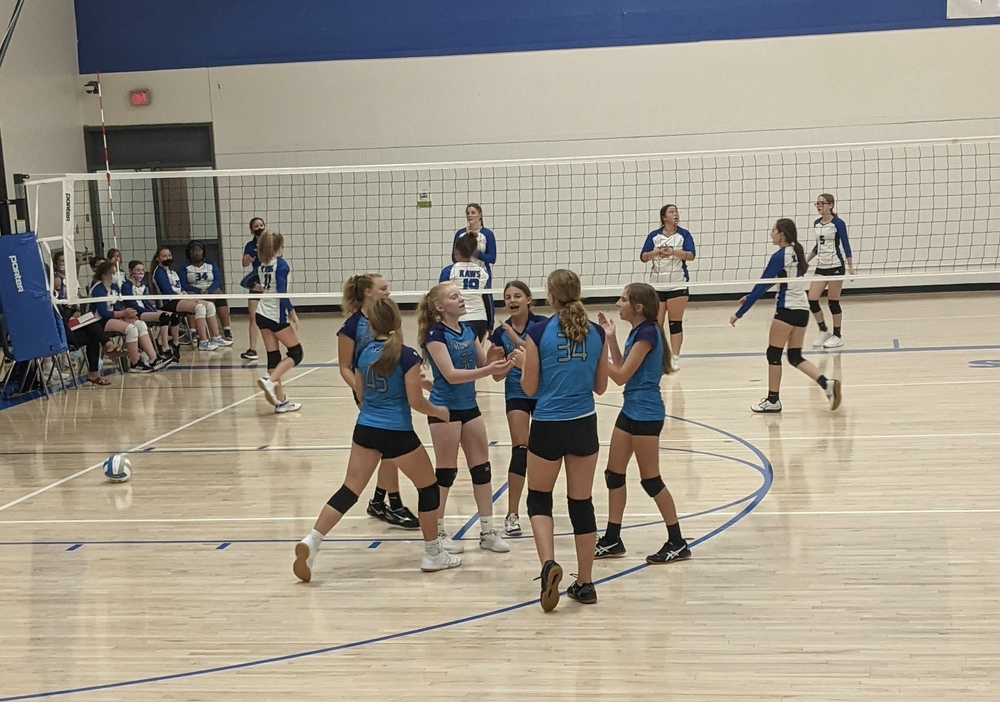 The Nemaha Central Middle School volleyball team traveled to Perry-Lecompton to take on the Kaws on Thursday, September 2. The girls were pumped and ready to come home with a victory.

To start off with, the eighth grade A-team was on fire and they won their first set with a score of 25-18. In their next set, they lost some momentum and came up short, 22-25. In their last set, the girls came out ready to win, however, things didn’t go their way as they dropped the set 10-15.

Next up was the eighth-grade B-team. After losing against Silver Lake, the girls were ready to get a win under their belts. The NC girls played phenomenally well and won the first set with a score of 25-18. The Thunder team kept the ball rolling in the next set winning 25-14. Ready to beat them in the third set, the girls finished on top, 15-5. The Thunder B-team was excited to pick up their first win of the season.

For the seventh grade, the A-team was up first. They were ready to destroy Perry after beating Silver Lake. In their first set, the NC girls played a close game, winning, 25-19. The momentum switched to the Kaws in the second set and the Thunder team fell short, losing 23-25. The girls tried to bounce back for the win in the third set but lost, 6-15.

Marin Heinen said, “We played very hard, but didn’t pull through in the last set.”

After the seventh grade A-team match, it was the B-team’s turn to play. The Thunder girls were ready to play, but they were defeated in the first set, 19-25. In the second set, the NC girls were determined to win after losing the first set. They tried hard to get something going but lost, 9-25.

The Thunder teams were disappointed that they were not able to get many match wins on this road trip. They are determined to work hard and improve their level of play in upcoming matches.