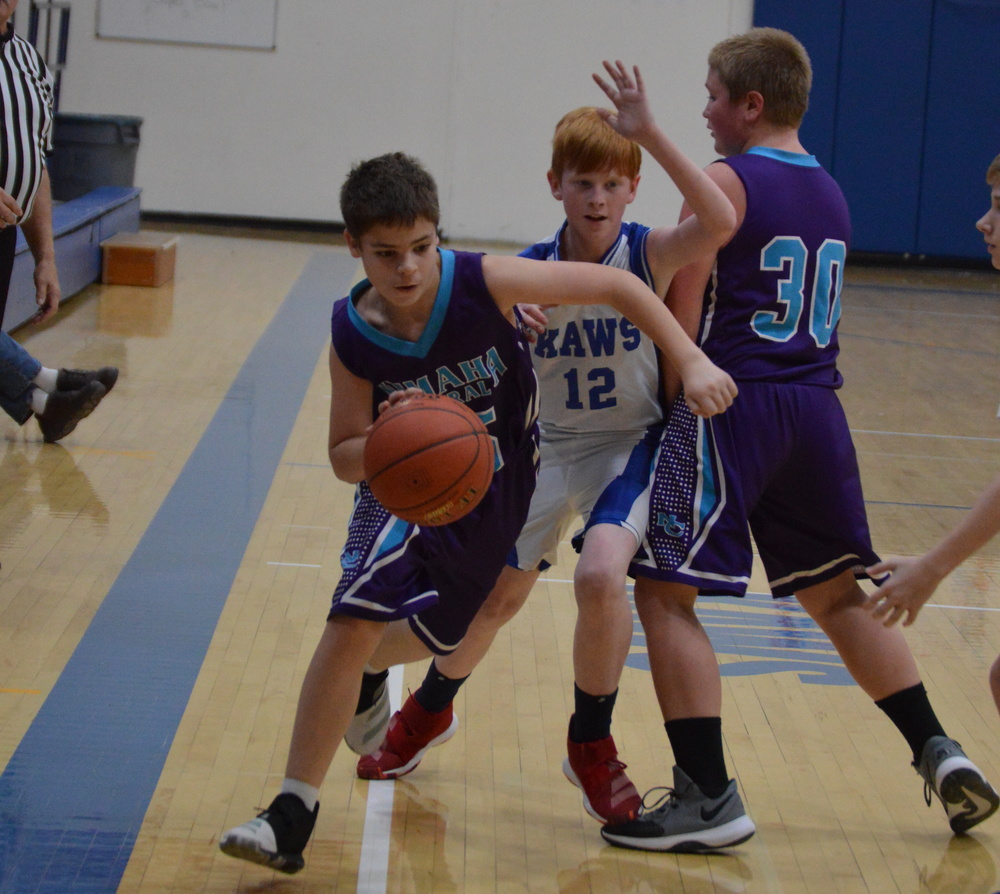 The Nemaha Central Middle School boys basketball team played the Perry-Lecompton Kaws on Monday, February 3 at Perry. It was NC’s second game against Perry and both teams tried hard and played well.

It was a great first quarter for the 8th grade A-team Thunder boys as they scored 16 points, while their defense held Perry to 7 points. The second quarter was another fantastic one with NC scoring 13 points and Perry was held at 5. After the first half, the score was 29-12 with NC in the lead.

In the second half, NC came out as aggressive as they were in the first, scoring 10 points, while Perry was held at 3 points. The last quarter was another amazing quarter with NC outscoring Perry 8-2. The final score was 47-17 with NC taking the win.

The first quarter for the 8th grade B-team was an even start for both teams as they were all tied up at 4 points each. In the second quarter, NC scored 5 while Perry took the lead with 6. At the end of the first half, the score was 9-10 with Perry in the lead.

After the half, NC came out with a great defensive third quarter keeping Perry at 0 points. The Thunder managed to score 3 points to take the lead. The final quarter was a fantastic quarter for NC both offensively and defensively. NC scored 13 points while holding Perry to only 6. NC took the win 25-16.

“We played well and executed our offense and defense,” said Dalton Childress.

The NC 7th grade A-team came out slow on offense and their defense was not able to stop the Kaws. At the end of the first quarter, the score was 10-0. The second quarter was another tough defensive quarter with Perry scoring 14 and NC only managing 4 points. The halftime score was 4-24 with Perry in the lead.

After halftime, NC came out scoring 6 points while holding Perry to 4 points. The last quarter was a great quarter for NC as they scored 7 points and Perry only scored 2. The final score was 17-30 with Perry taking the win.

The 7th grade B-team only played two quarters that night against Perry. The first quarter was a slow start for NC as they were outscored 2-5. The second quarter was a great comeback quarter with NC scoring 6 while holding Perry to 2 points. NC won 8-7 with Luis Lambrecht scoring a game winning shot.

“Perry was a great competition and I think we have learned a lot,” said Kason Saenz.