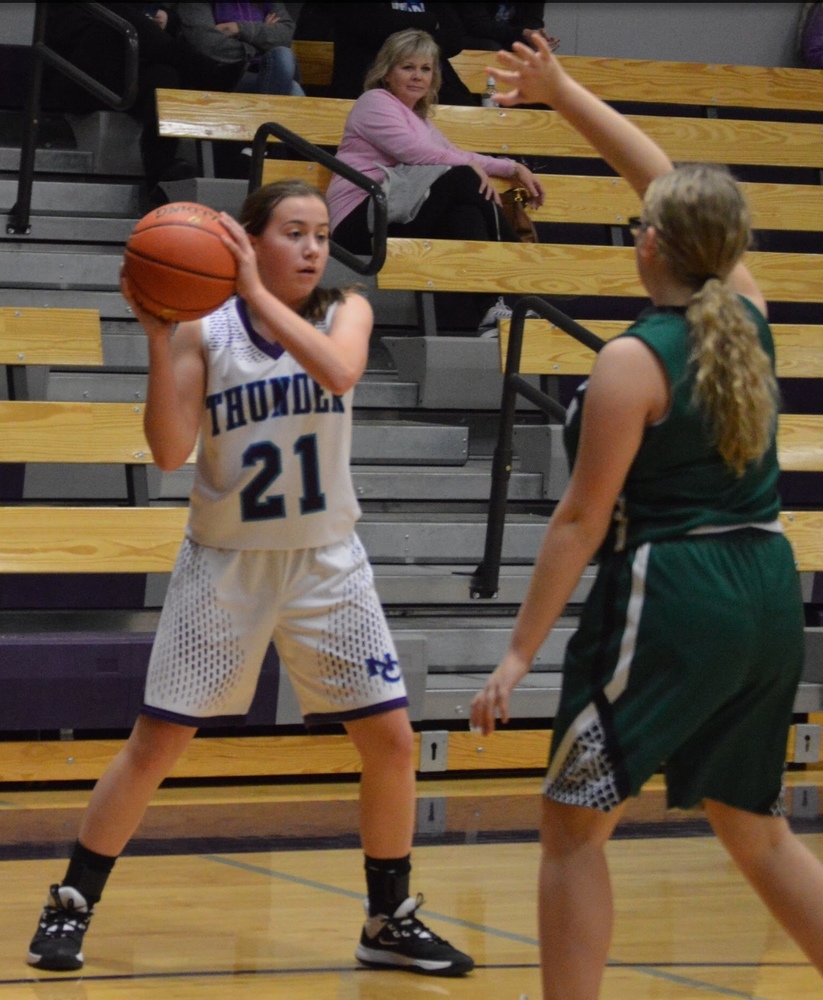 Excited Middle School basketball girls showed up early Saturday, November 16 to play in a tournament hosted at Nemaha Central. Sabetha, Atchison, and Marysville were invited to play in this tournament.

The first to play was the seventh graders. They first faced Atchison. To start off the game, the Thunder got the ball and went down to score. They scored four points in the first quarter, keeping Atchison scoreless. In the second quarter, the Thunder scored twelve points while keeping Atchison off of the scoreboard. The halftime score was 16-0.

The Thunder came back out in the third quarter scoring six. They couldn’t keep the defense up and they let Atchison score six. In the fourth quarter, the Thunder came out strong and scored eight points. The Thunder’s defense picked up in the last quarter and Atchison did not add to their score. The Thunder won with a score of 30-6.

In the second half, both teams came back and scored five points. In the fourth quarter, the Thunder made a huge comeback scoring sixteen points to pull ahead of Atchison. The Thunder picked up their defense only letting Atchison score four points. The Thunder won the game 28-25.

“Even though we had injured players, our team did good against the competition,” said Ashlyn Gudenkauf.

The second half of the game, the Thunder came out and scored seven points and Marysville scored five in the third quarter. In the fourth quarter, the Thunder scored one point, while Marysville went on to score six. The Thunder managed to keep the lead winning the game 22-16.

“It was a very close game but it was fun to play against different schools,” said Cali Honeyman.

Overall, the Thunder played great in the tournament. The girls are halfway through the season and they hope to play well in the remaining games to add a few more wins to their records. Way to go Lady Thunder!