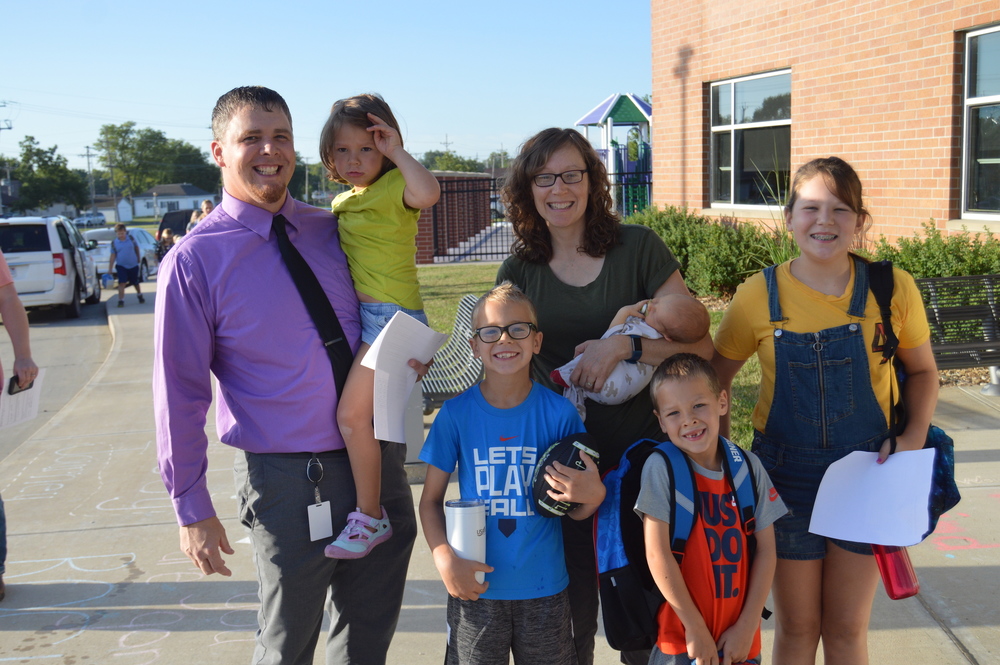 The middle students stayed in the gym for the opening assembly.  Students enjoyed eating donuts waiting for the official start of the day.  At the assembly, students learned some information about the staff while playing a game called “Two truths and one lie.”  After the staff game, the students played a game created by some of the Impact reps. This game reviewed some of the rules of middle school.

The elementary students reported to the gym and were dismissed before 8 to their classrooms.  Students played games to learn about the class rules, their classmates, and their teachers. They organized their lockers and familiarized themselves with their classroom.

“The first day of school was fun,” said Westley Deters.

All in all, the first day of school was a great day. In conclusion, NCEMS students and staff are ready for an outstanding school year!

Check out more 1st Day of School pictures at the link below: