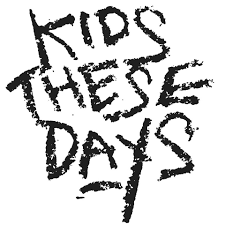 Do Older People “Just Not Get It”?
Darrel Kohlman via Dr. John Richard Schrock
Monday, November 25, 2019

“Why can’t they be like we were, perfect in every way?” was a classic lyric from the 1963 American musical film “Bye Bye Birdie.”  This dismissal of a young spoiled generation has been around awhile.
“They think they know everything, and are always quite sure about it,” is how Aristotle said it over 2500 years ago in his Rhetoric, adding that the younger generation are “...high-minded because they have not yet been humbled by life, nor have they experienced the force of circumstances.”
And the Portsmouth Evening News lamented that “probably there is no period in history in which young people have given such emphatic utterance to a tendency to reject that which is old and to wish for that which is new”—in 1936.
However, this age of social media has greatly exploded the impact and the speed of “put downs” that spread across large populations. We are generating new derogatory terms at an alarming rate.
The epithet “snowflakes” is aimed at the recent generation of students, portraying them as weaklings that easily melt away under any substantial debate. The far right portrays them as fleeing to “safe spaces” on campuses to insulate themselves from any words the students consider hate speech.
The irony of “snowflakes” is that the first use of this word for students appears to have been used in elementary schools as a positive attribute by teachers, an affirmation that each child was unique and different just as every snowflake is supposed to be slightly different. But words evolve in meaning, and often rather rapidly—a concept that some people are not very gay to hear [teaching example intended].
A very recent epithet involves calling the younger generation “Peter Pans.” That is in reference to the phrase “I’ll never grow up.”  There is truth to demographic data showing they stay home longer, get driver’s licenses later, etc. Oldsters place blame on modern youth being less motivated. But there are plenty of data showing growing underemployment, lower income expectancy, higher costs of living and housing, outrageous education debt, and a multitude of other factors that are beyond their control.
In response, the newer generations have come back with the “OK Boomer” reply. This is their put-down of the older generation’s privileged history. Anytime someone over 50 speaks in a condescending way toward kids 25 or younger, they now risk the reply: “OK Boomer.” This retort is a comeback correctly accusing the baby boom generation of having benefited from a very economical higher education and an opportunity to live in more affordable housing. It is also true that much of America’s wealth is held by the retiring baby boom generation. And most middle class youngsters now have far less chance of doing as well or better than their parents. “OK Boomer” also includes blame for not solving recent problems and pushing them forward for their generation to solve. This includes failure to reform Social Security, take action on climate change, provide affordable housing, address a growing income disparity, and more.
Two researchers, Protzko and Schooler published their research into this millennia-old perception that the younger generation is in decline: “Kids these days: Why the youth of today seem lacking” in the October 16, 2019 issue of the journal Science Advances. They examined older opinion-holder’s traits and summarize their survey findings in their abstract:
“Across three traits, American adults...believe today’s youth are in decline; however, these perceptions are associated with people’s standing on those traits. Authoritarian people especially think youth are less respectful of their elders, intelligent people especially think youth are less intelligent, and well-read people especially think youth enjoy reading less. These beliefs are not predicted by irrelevant traits. Two mechanisms contribute to humanity’s perennial tendency to denigrate kids: a person-specific tendency to notice the limitations of others where one excels and a memory bias projecting one’s current qualities onto the youth of the past. When observing current children, we compare our biased memory to the present and a decline appears. This may explain why the ‘kids these days’ effect has been happening for millennia.”
Such research may explain the tendency of the elderly to criticize the young. But prior criticism was tempered by slower print and broadcast media. Today our quarrels spread instantaneously.
—So much rage in so few keystrokes!
-30-