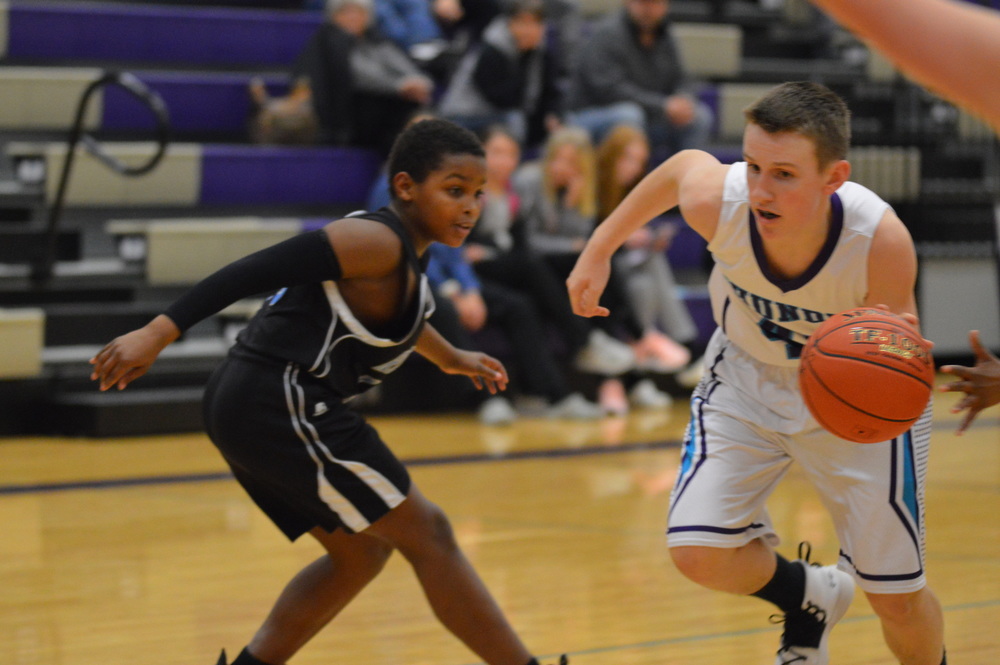 The Nemaha Central Middle School boys basketball team matched up with Riverside on Monday, January 27. The Thunder teams were ready to battle the Cyclones and hopefully come away with a couple of victories.. Only the seventh and eighth grade A-teams played against Riverside that night, and both games took place in the NCEMS gymnasium.

“We played very well together and it was a very fun game,” said Miles Carpenter.

The seventh grade A-team’s game did not start that well. Riverside had scored 7 points and the Thunder had only scored 2 points in the opening quarter. In the second quarter, the Thunder had made up for the previous quarter, scoring 12 points and only allowing Riverside 8. The Thunder team was still trailing at the half, 14-15.

During the third quarter, the Thunder team outscored the Cyclones to gain the lead 24-21. The last quarter was a very close quarter as the lead changed several times. The Thunder team had scored 9 points and Riverside scored 10 points. In the end, the seventh grade A-team had won their first game, 33-31.

The Thunder played hard against Riverside and their effort paid off. The Thunder boys are looking forward to their next game of the season.

Click on the link below for more NC VS. Riverside photos: