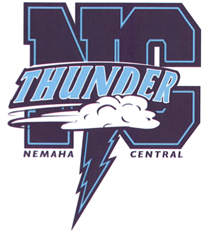 Dear Thunder Nation – As a very active member of the NC Friday Nighters, as the Thunder Football announcer, as the sports writer for Thunder Football, as a USD 115 school board member, and most importantly as the Dad of a Thunder Football player, I would like to take a few moments to address sportsmanship and fan behavior.

I am very proud of our home game atmosphere, and how well we travel for away games and show up in large numbers to support the Thunder.  At a recent away game, however, I embarrassed myself and those around me by more than once shouting very unsportsmanlike comments at the officials.  I know that myself and others also embarrassed our coaching staff and players at that game with our unsportsmanlike behavior and comments.  In addition, Nemaha Central received an official warning from KSHSAA for sideline fan behavior at our first home game this season for similar comments and behavior.

On behalf of myself, the Thunder Coaching Staff and the School Administrators I ask, that as Thunder Nation, we commit ourselves to passionately supporting the Thunder Football Team in a way that shows respect to the officials, our players and staff, as well as the opposing players, staff and fans at all times and in all venues.   I am personally committing myself to this and hope that all Thunder Football Fans will as well.  I know this can be very difficult at times, especially with some of the officiating we have experienced so far this season, and because officials are human, we will experience more.  In spite of that, let’s commit to remaining passionate about Thunder Football in a way that is respectful to all and builds on our reputation as good sports.